Selling a screenplay or a novel is simple. It's not easy, but it's simple.

First: write a great story.
Then: get lots and lots of people to read it.

You can have the greatest, most commercial, most brilliantly written screenplay or manuscript since The Godfather, but if you don't get dozens of agents, managers, producers, editors and executives in the film or publishing industries to look at it, it'll never get produced, and you'll never reach the wide audience you long for.

So how do you do that? How do you persuade all those powerful people that your work is worth their time, and is more likely to make them money, or fulfill their passion for storytelling, than the scores of other scripts and book proposals they already have to read? And how do you accomplish this seemingly impossible task when you have at best only a minute or two on the phone (or at a pitch fest), or maybe a half hour at a pitch meeting, before they hang up, turn away, or see you to the door?

My new book Selling Your Story in 60 Seconds: The Guaranteed Way to Get Your Screenplay or Novel Read, covers all types of pitching, but primarily deals with what I term the 60-second pitch - sometimes known as the telephone pitch, or the elevator pitch, or the pitch fest pitch. Because it's a pitch you have less than two minutes to deliver.

A 60-second pitch should not to be confused with a pitch meeting. In a pitch meeting, a writer (usually a screenwriter - pitch meetings are rare in the publishing world) has been invited to come to an agent or executive's office and outline a story in detail. The meeting can last from fifteen to forty-five minutes or more, and often includes a whole conference table full of people. The writers' goal is usually to secure a development deal, and to get paid for turning a story into a complete screenplay.

Pitch meetings and development deals usually occur after a writer's career is established, or at least after the person receiving the pitch has read other samples of the writer's work, or is familiar with what the writer has had produced or published. For that to have happened, the writer must have persuaded lots of people to read her earlier work. And she did that by using some form of the 60-second pitch.

So if you're a writer still trying to launch your career - still looking for representation or a first option or sale - the opportunities for pitch meetings are rare. The opportunities that demand that you master the 60-second pitch, however, will form the backbone of your entire marketing campaign.
Even though the principles that follow in this article apply to both pitch meetings and telephone pitches, the 60-second version is the one you'll be using most frequently, for the rest of your career.

And if you're not a novelist or screenwriter, but are a reader, assistant or intern hoping to move up the ladder to become an agent, development executive, editor or producer, the ability to pitch a story quickly, concisely and powerfully will do more to advance your career than almost any other skill you can master.

The #1 Rule of the Elevator Pitch

Without question, the single biggest mistake writers make in presenting a 60-second pitch is this: they try to tell their whole story.

Let's say you've signed up for a pitch fest or for a one-on-one session with an agent at a writers' conference or book fair. You've got maybe five minutes sitting across from this buyer to get him to look at your book or screenplay. So talking as fast as you can, you launch into the opening scene, then go on to detail, step by step, the plot of your story.

Here's what's going to happen. You'll barely be into Act 2 (or Chapter 2) when the friendly hall monitor will come over to announce that you have 30 seconds left. So you'll quickly try to penetrate the glazed expression on the buyer's face, summarize the ending, and get him to say yes.

If you've got a story that can be told in five minutes, you've got a story for a five-minute movie. There's simply no way you can do justice to the plot of a novel or feature film in that amount of time. And even if you could, you've left no time for the buyer to react to your story by asking questions or giving suggestions or expressing his interest.

Or let's say you've managed to get a potential agent on the phone, and she's willing to hear your pitch. Literary agents have phone lists that average at least a hundred calls a day. They simply don't have time to listen to you detail all the elements of your story. They want to know in an instant if this story will be worth their time (or more accurately, worth the time of the reader they'll pay to do coverage on it).

So what can you do if you don't tell them your story?

Simply put, you get them to read your screenplay or manuscript by getting them to feel something positive about it.

The Power of Emotion

The goal of every screenplay, every movie, every novel, every story of any kind (and ultimately, every work of art) is identical: to elicit emotion.

We go to the movies and we read books so we can feel something positive or fulfilling, something we can't feel as frequently or as intensely in our everyday lives. The storyteller's job is to create that feeling for the mass audience.

When you're pitching your story, you must provide the buyer with a positive emotional experience. And you must convince them that when your movie is made, or your novel is published or your play is produced, your story will create an even stronger emotional experience for the people who buy tickets and books and DVDs.

In other words, your goal is to get your buyer to think, "This is a novel (or movie) I'd like to see," or more important, "This is a story that will make a lot of money."

Like it or not, it's called a pitch because it's a sales pitch. Even though the immediate goal is just to get your story read, you're ultimately asking every potential buyer to invest her time and money representing or producing or publishing your story. The only way you'll get her to do that is if she believes the end result will be a big profit.

Even if you're pitching to agents or executives or assistants whose own money isn't on the line, these people know that they (or their bosses) will have to convince dozens of other powerful people that this story will make a bundle. If they don't consistently do that with the projects they take on, they're out of business.

A telephone pitch is very much like a TV ad for a movie that's about to open, or for an upcoming TV episode. A 30-second TV spot doesn't try to show every scene or character or plot element - that would be impossible. But it will reveal something funny or sexy or suspenseful from the film, in order to convince viewers watching the commercial that the movie or TV show itself will be a wonderful emotional experience.

How to Write a Pitch: 8 Steps to a Powerful Elevator Pitch

Selling your work requires both preparation and courage. But as you will learn, the better your preparation, the less courage you'll be required to muster.

If you're a writer or filmmaker who wants to connect with an audience, who wants to touch as many people as you can with your work, you must devote time and energy to the marketing process, just as you do to your craft. You can't remain the shy, withdrawn, introverted artist you'd probably like to be (which is why you become a writer in the first place). You've got to get your work read, which means you've got to put yourself out there in a positive, committed way and make people aware of your talent.

There are eight critical steps on how to write a pitch and present a pitch guaranteed to get your work read, or your story (in a full pitch meeting) considered. The first four steps are your Preparation, the remaining four your Presentation.

Here is the first step of the 8 R's of Pitching:

(Download all of the 8 R's of Pitching on how to write a pitch today!)

Want all 8 essential steps on how to write a pitch? Download our exclusive, FREE print-friendly copy!

Recommended Products and Services to Help You Perfect Your Pitch 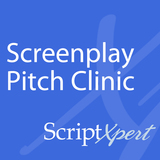 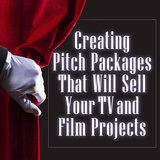 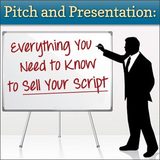 Why TV and Screen Writers Should Create For the Net
November 24, 2020