Almost every writer and every serious film fan at one time or another has considered writing a screenplay and how to become a screenwriter. Lured by the power of the big (or small) screen, and by stories of all the fame, success, awards and big, big money that other screenwriters have achieved, they get seduced by the fantasy of Hollywood.

Now no doubt some of you reading these words have already achieved a career in the industry. But my guess is that most of you are still at the 'breaking in' stage and are wondering if writing for movies or television is a silly pipe dream—or is truly worth considering. I'd like to help you answer that question by discussing some of the realities of the movie and television business and offering both the right and the wrong motives for pursuing Hollywood.

Do You Have What It Takes To Be A Screenwriter?

I've been teaching screenwriting classes and seminars for more than fifteen years, and I've worked with thousands of movie and television writers at various stages of their careers. But, whenever I'm with a group of would-be filmmakers hoping to launch their careers, I encounter two different myths about the Hollywood obstacle course that both lead to disappointment.

The first misconception is that Hollywood is an easy path to fame and fortune. Perhaps a writer watches some brainless TV show and concludes that anybody with the I.Q. of corn could write drivel like that. Then she reads about how Joe Esterhasz sold a spec script for slightly more than the gross national product of Portugal, while she's wondering how long she can get by on her $25 check from 'Big Rig Monthly' for her article on mud flaps. And then some polite, but chicken-hearted, publisher tries to let her down easy by saying that her 873-page manuscript about the Millard Fillmore White House years would be much better as a movie. So before you know it, she's typing 'FADE IN.'

She has fallen victim to the erroneous belief that writing a movie is no harder than watching one. She thinks that everybody who sells a script will be a millionaire and that because movies and TV shows are plentiful, relatively short and frequently mediocre, there really are no rules, standards or professional skills to worry about. In other words, that screenwriting is easy.

The other, more destructive, myth about screenwriting is just the opposite: a writer hears about the thousands of unproduced, unsold, unoptioned, unread and unopened screenplays floating around Hollywood and decides that his dream is absurd. Friends, loved ones and failed screenwriters will be happy to reinforce this belief with loads of anecdotes and statistics: everybody in Los Angeles is working on a script; it's not what you know, it's who you know; every writer in Hollywood gets ripped off; you have to live in Southern California; you have to be a young white male; and even if you could break in, writing movies is obviously a ridiculous, pointless, demeaning and hopeless pursuit for any serious writer to consider. In other words, screenwriting is impossible.

The first myth described above ignores the years of pain, struggle and failure that precedes (and sometimes precludes) success for most working screenwriters. But, the second myth ignores the fact that about a hundred and fifty feature films, plus more than fifty TV movies and seventy weekly series are produced each year by the major studios and networks. And, for every film produced, an average of at least five scripts are developed and paid for. And these figures don't include non-primetime and cable television or the numerous markets for independent, educational, industrial, religious and adult movies and TV. Somebody must be writing all those stories.

Screenwriting, like any other form of professional writing, is a specific, learnable craft that requires study, talent, training, practice and an immense level of commitment. It is at various times frustrating, exciting, fulfilling, exhausting, lucrative, unfair, depressing, ego- gratifying and fun. And, it has a clearly defined set of standards, rules, parameters and methods for achieving both artistic and commercial success.

So, to decide if you want to commit your life to this particular path, ignore both the fantasies of wealth and fame and the prophets of doom and, instead, ask yourself exactly why you want to write movies or television. 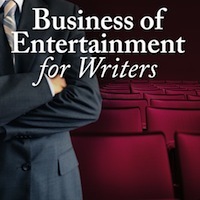 Business of Entertainment
for Writers 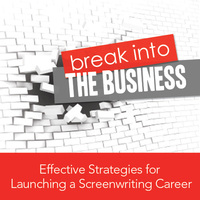 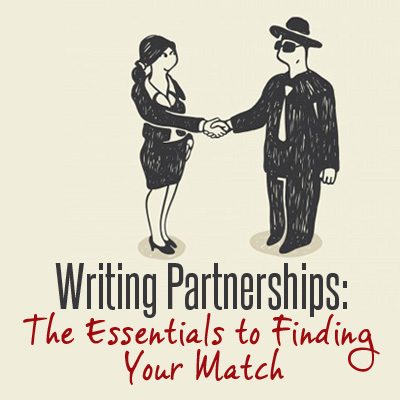 Writing Partnerships: The Essentials to Finding Your Match 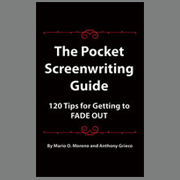 The Wrong Reasons to Want to Be a Screenwriter

Screenwriting is not a wise career path if you're choosing it for any of these reasons:

The Right Reasons to Want to Be a Screenwriter

In summary, if you're wondering whether to begin (or continue) your pursuit of screenwriting, forget both the defeatist statistics and the dreams of glory and riches. And omit the word 'easy' from your vocabulary entirely; there is NO form of professional writing or filmmaking worth pursuing because it's easy. Instead, ask yourself if your joy will come from within the process of sitting every day at your computer and creating a story for the big or small screen.

If the answer is truly 'yes' and your motives match those listed above, then close the door, fire up your computer and start writing.

Recommended Software for Writing a Screenplay

Why TV and Screen Writers Should Create For the Net
November 24, 2020